Guardians of the Galaxy Movie

Who are the Guardians of the Galaxy?

The Guardians of the Galaxy are the Anti-Heroes of the Marvel Universe. Unlike other heroes they really lack good buy personalities of the other heroes. But, that doesn’t mean they don’t KICK-ASS. At their core each one of the guardians has duty to protect the galaxy. Drax might punch you in the face during a bar fight just because and Star Lord might sleep with your wife, but they will save an entire plant from being conquered by an evil warlord. So, they may not save you from a burning building … but look at it this way, at least your planet is safe!

Jason of Spartax (Peter’s father) crashed to earth during the galactic Spartex / Badoon war. Seeking refuge on earth, a women named Meredith (Peters mother) cared for him until he was able to heal, repair his ship and return to the fight. After becoming romantically involved with Meredith, Jason soon had to leave earth to avoid the war following him. Leaving behind his element guy & Meredith who would later find out she was pregnant. According to “Marvel Now!” Origins, years later Peter’s mother was killed when two Badoons attacked his home and killed her while trying to kill him. He later learns that the aliens sought to end the lineage of Spartax by killing him, the last of the Spartax bloodline. A young Peter manages to kill the two aliens with a shotgun he found in the house during the attack. After years of going from foster home to foster home peter learns that a childhood toy gun that traveled with him was actually the “Element Gun”, a powerful weapon used by the Previous Star Lord who was His father Jason Spartex.

Taking on the Role as the new Star Lord, Peter travels the Galaxy in search of Vengeance. Using his weapon and enhanced abilities to stop galactic injustice and conquer the most beautiful females the galaxy has to offer.

Drax the destroyer who was previously known as Arthur Douglas of Earth. His story begins after his wife and daughter were killed by Thanos during a survey mission to earth. Thanos was watched by his father Mentor while on earth and worked with the eternal know as Chronos to resurrect Arthur. Chronos & Mentor Erased most of his memories and channeled emotions of his lost to fuel his desire to kill and destroy the Tyrant Thanos. Hence his Name “Drax the Destroyer” …

In the comics Drax encounters Thanos Many times even managing to kill him once. But with Thanos was resurrection by Death and continued to seek new ways to Destroy or rule the Galaxy.

Not much is Known about Groot, except that he is from the planet X and is a Species known as Floral Colossus. It was thought that his race were whipped out but Groot proves otherwise traveling along with his partner in crime and heroism Rocket Raccoon. Although, it seems he can only say the phrase “I am Groot” he actually speaks a very complex language and the context is actually determined by the slight vocal vibrations that happen before, between & after the actual phrase. 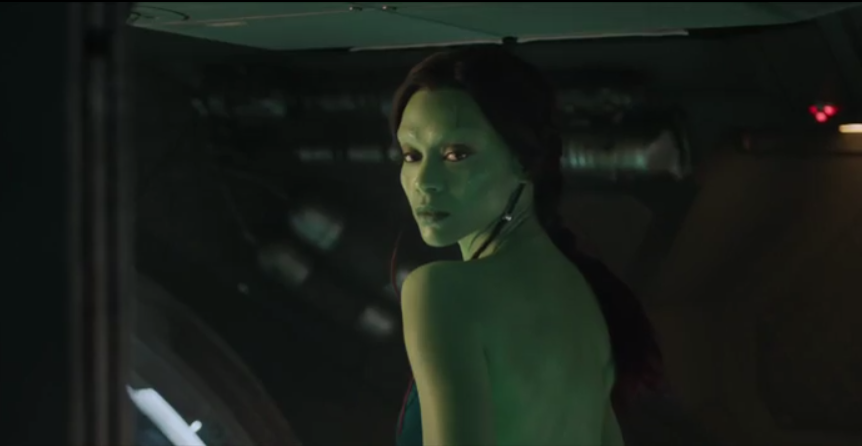 The Last surviving Member of her People the Zen Whoberi, Gamora was saved by Thanos raised to be a warrior assassin. Thanos also gave her power and strength augmentations that make her one of the deadliest warriors in the universe. Gamora has physical power that matches that of ironman and agility that matches spider man. Going face to face with Thor she was once able to go toe to toe him by landing blows and not allowing Thor or his hammer to get close enough to touch her. After parting ways with Thanos, Gamora has had a hard time adjusting the the brutal galaxy. But after becoming close with Star Lord and the other Guardians she finds her place and purpose in using her skills for good & sometimes a little bad.

Its unclear If director James Gunn has changed her origin story for the movie but nothing seems to show that he has. From her Nova Corps Profile below it seems he might stay true to the base comic book origin.

and the Best for last … 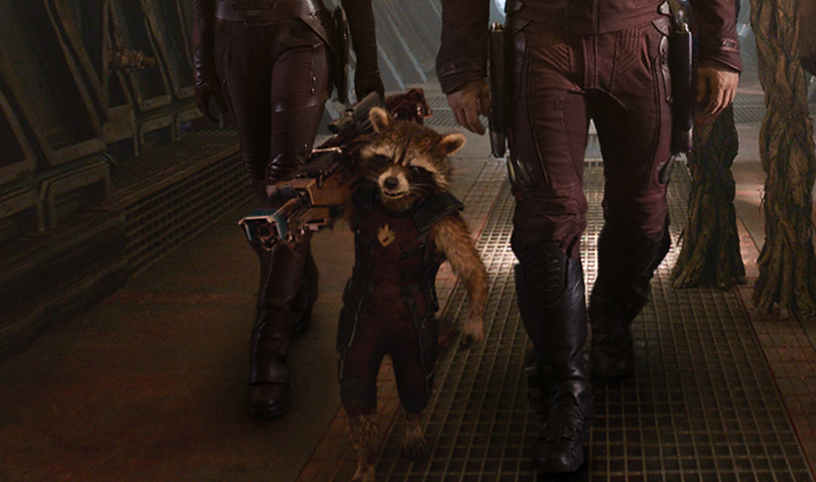 Rocket’s Story is an interesting one … He is the guardian of a sector of space called the “Keystone Sector”. His home world is a place called “Halfworld” which houses a population of genetically altered animals and humanoids who have an insanity virus called the “Keystone’s condition”. The Animals were genetically modified by the previous guardians of the planet to have superior intelligence and tactical abilities. The animals were modified to watch over the Other Half of the planet that hosted the Insane asylum for the humanoids suffering from the Keystone condition.

Rocket Joins the guardians as a weapons expert to help defend his sector of the galaxy and others from galactic threats. 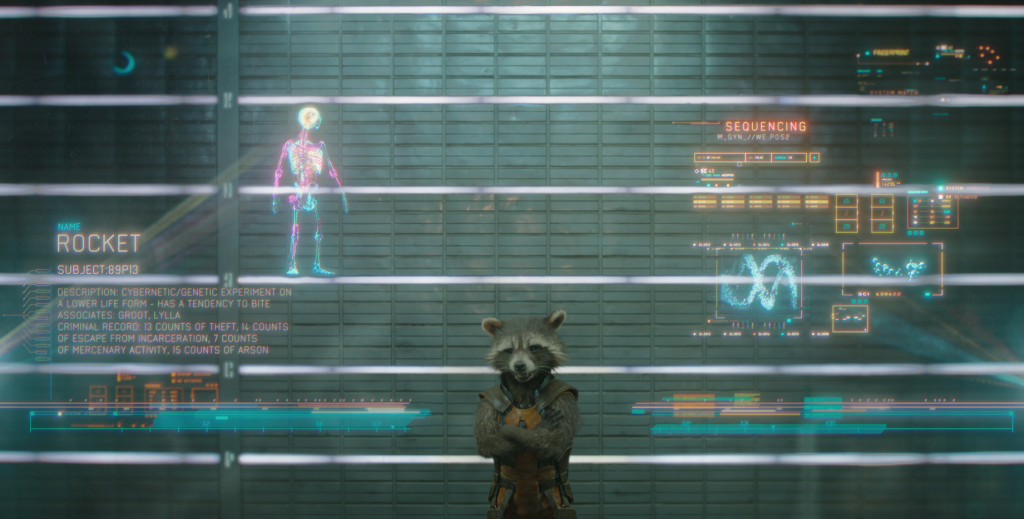 The Guardians of the Galaxy Movie

An action-packed, epic space adventure, Marvel’s “Guardians of the Galaxy” expands the Marvel Cinematic Universe into the cosmos, where brash adventurer Peter Quill finds himself the object of an unrelenting bounty hunt after stealing a mysterious orb coveted by Ronan, a powerful villain with ambitions that threaten the entire universe. To evade the ever-persistent Ronan, Quill is forced into an uneasy truce with a quartet of disparate misfits–Rocket, a gun-toting raccoon; Groot, a tree-like humanoid; the deadly and enigmatic Gamora; and the revenge-driven Drax the Destroyer. But when Quill discovers the true power of the orb and the menace it poses to the cosmos, he must do his best to rally his ragtag rivals for a last, desperate stand–with the galaxy’s fate in the balance. 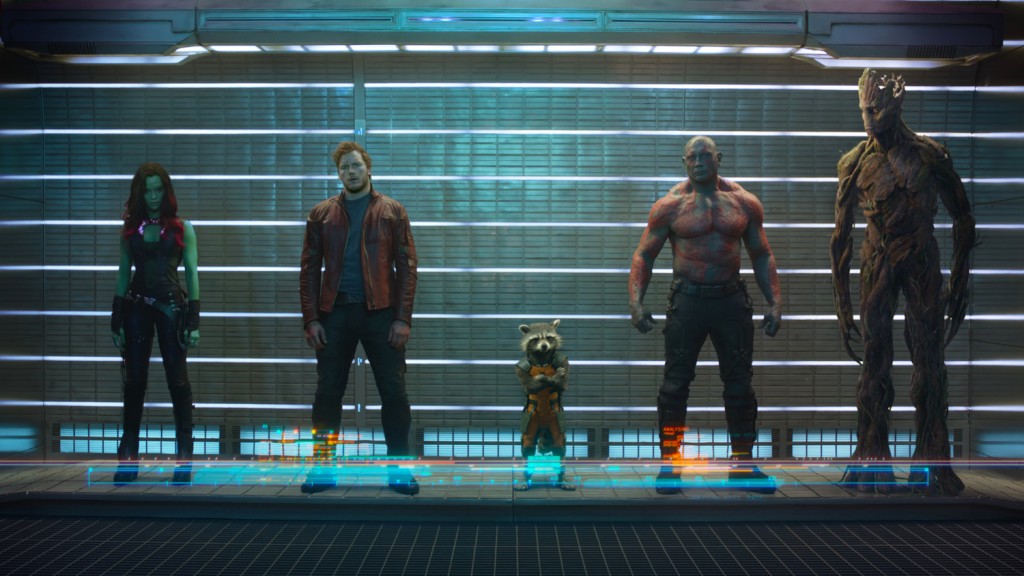 Guardians of the Galaxy Movie