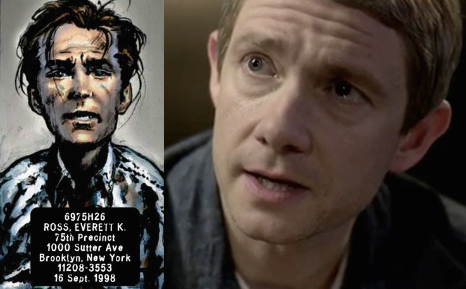 Whether you know him as Bilbo Baggins or Dr. John Watson, it was just announced that Martin Freeman will be portraying Everett K. Ross in the highly anticipated Captain America: Civil War movie.

In the comic books, Ross is rooted in Black Panther’s world as the U.S. Government’s diplomatic escort in Wakanda. He also acts as the lens through which the average reader (read: white male) would experience the character of Black Panther. Although Ross is making his debut as part of the Joint Counter Terrorist Centre in Civil War, this no doubt leaves the door open for more involvement throughout the Marvel Universe.

What impact do you think Everett’s appearance could have on the Marvel movie universe? Let us know in the comments!