We finally get our first look at Jared Leto as the Joker in full costume and filming on the suicide squad set alongside Margot Robbie as Harley Quinn. The scene being filmed looks like a flashback scene before Harley Quinn became her bubble gum high pitched voice self. She is standing in front of the Joker’s car demanding that he exit and face her. The jokers car is a Pimped out Pink chrome Lamborghini from the looks of it complete with Neon interior lights and chrome wheels Plus a License plates that reads ‘HaHaHaHa’ .. Yes ladies and gentlemen the Joker has become a pimp? lol

As Joker exits the Joker Mobile wearing a leather blazer and open shirt (Miami style) he walks over to Harley Quinn to chat. Causing a Massive traffic Jam with a truck directly behind him blowing the horn. As the truck driver approaches with a Crowbar to demand the Joker move out of the way he is shot by one of them and the arguing couple don’t seem to be phased by it one bit. 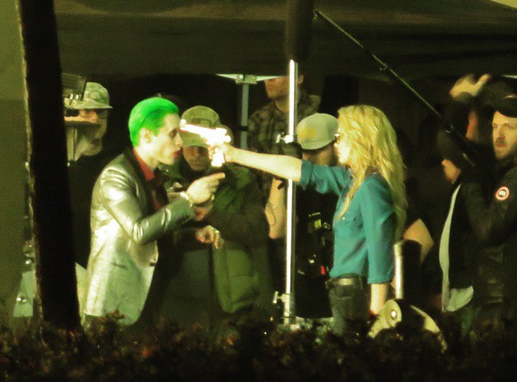 Check out some amateur fan picks from the set below and also some video. 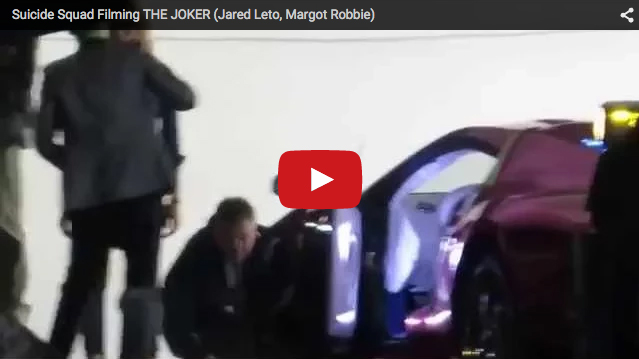 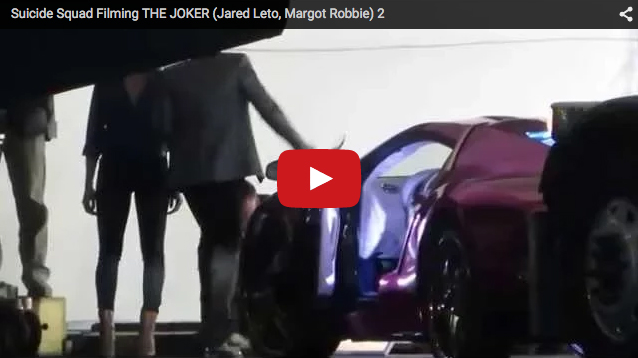 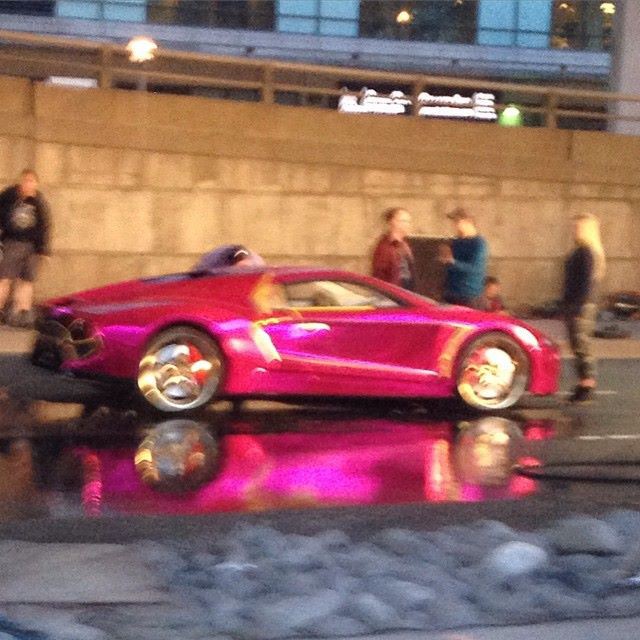 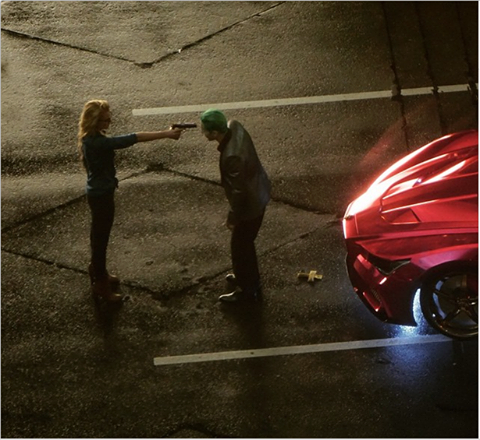