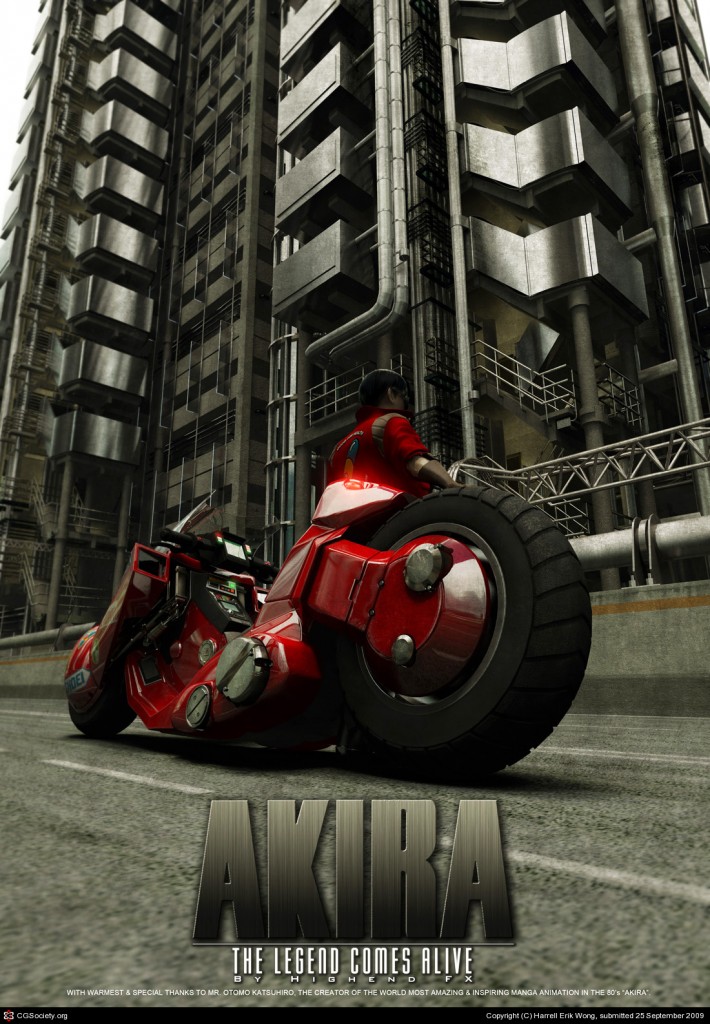 Check out this Live action AKIRA Movie Fan poster from Harrell Erik Wong. We have always had High hopes that Warner Bros. would be able to get the project off the ground but its seems that the $90 Million Budget wasn’t enough to get the film going so even rumored director Jaume Collet-Serra  Had to back out of the project.

Here is what Collet-Serra had to say about the project in an interview from comingsoon.net:

“It’s different, because you have to be respectful of the source material. Otomo adapted his own work from a manga into an anime and both things are completely different and genius. The only way to do a live version of “Akira” is to take the spirit and adapt it. It will be as different as the anime was from the manga.”

We are in high hopes that the film can get off the ground and eventually lead to a 2nd and even third film in the world of Kaneda.