The Movie tries to capture the thrilling excitement of the video game franchise and translate the high octane police chases and super car speeding to the big screen.  Unlike the Fast and Furious Movie the Need for Speed trailer gives us a unique view at the world of high stakes and high price tag super car races.

If your into Fast cars, Explosions, Police chases and Revenge stories! … who are we kidding! 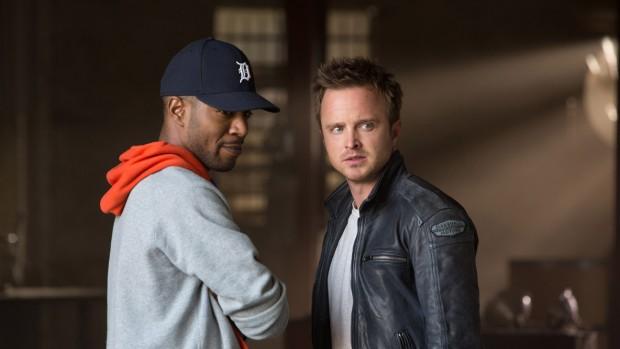 The story chronicles a near-impossible cross-country race against time—one that begins as a mission for revenge, but proves to be one of redemption. In a last attempt to save his struggling garage, blue-collar mechanic Tobey Marshall (Paul)—who with his team skillfully builds and races muscle cars on the side—reluctantly partners with wealthy, arrogant ex-NASCAR driver Dino Brewster (Cooper). Just as a major sale to car broker Julia Bonet (Poots) looks like it will save the business, a disastrous, unsanctioned race results in Dino framing Tobey for manslaughter.

Two years later and fresh out of prison, Tobey is set on revenge with plans to take down Dino in the high-stakes De Leon race—the Super Bowl of underground racing. To get there in time, Tobey must run a high-octane, action-packed gauntlet, dodging cops coast-to-coast and dealing with fallout from a dangerous bounty Dino put on his car. With his loyal crew and the surprisingly resourceful Julia as allies, Tobey defies odds at every turn and proves that even in the flashy world of exotic supercars, the underdog can still finish first.