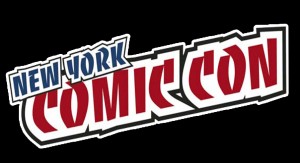 The man moderator Bill Cunningham described as DC Comics’ “most important writer” spent the first few minutes of his panel praising the fan base, and thanking them for the support through the years. All this, despite the fact that it really should be the other way around.

Snyder helped to energize the post-Final Crisis Dark Knight with some of the most compelling stories in Batman’s 75-year history. From Court of Owls to this week’s New York Times best selling Endgame, Snyder’s DC credits are impressive. The third generation New Yorker talked about how much of his Batman stories are based off the real-life Gotham that raised him.

While reminiscing about his childhood, he found himself looking at how much New York had changed from the city of his childhood. So to, he thought, should Gotham City. The Court of Owls storyline stemmed from this idea, and the concept of Batman’s own mortality. He described Gotham as the “best villain in all of literature,” a place that will bring your worst fears to life.

Snyder humorously sums up the plight of the average citizen in Gotham, saying “why would anyone live in Gotham…you’re gassed, and it’s always raining and it’s this awful terrible hole in the ground…you can only imagine how awful it must be getting around.”

But he doesn’t leave you wondering why Gotham isn’t a modern Roanoke, by describing what he sees under the grimy veneer of Batman’s home.

“I feel this about New York, and about other cities: you go to Gotham to become the hero you know you are deep down. And that city will throw everything at you to be, like, ‘no you’re not, you can’t be that person…go back.’ But when you stay, and you fight, you overcome those things; you become that person that deep down you know you are when you burn away all the bullshit on top of it…and I love that about that city, that’s why it’s so fun to write as an antagonist.”

Snyder talked about Batman’s relevance to the current world at large, contrasting the early modern age Batman with the 2015 version of the character. In his view, the Batman of the 1980s and 1990s was about chasing the villains into the shadows in a rough city that needed to be taken back. But in our post-9/11 world of what he sees as “big national…big international” issues, Batman is needed not to intimidate the evil, but to inspire the good people into the light to make progress together.

In this, Snyder captures the essence of the Dark Knight as a symbol. Whereas that symbol has been interpreted as a bulwark against the dark forces of the Joker, et. al., Snyder takes the more optimistic route of pushing the tide by reinforcing the dunes. A superficial reading of his stories may not bring that thought to the forefront, but like many of his answers to panel topics, Snyder’s stories are meandering, yet purposeful explorations of what a hero should be, and how their character should be composed.

There was so much more at the Scott Snyder Spotlight panel, so keep an eye on our ScottSnyderSpotlight tag for even more, including Snyder’s upcoming Image title Wyches, his thoughts on family, monsters and a shirtless Dick Grayson, plus some yet-to-be-announced Batman story ideas! It’s all on Geek Prime.