The X-Files is back! 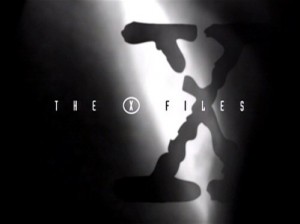 After a long, dark 13-year absence, the world’s favorite FBI agents have returned for a six episode limited run. You know the story, so we’ll just jump right in to some impressions of the first episode.

Fox Mulder and Dr. Dana Scully (no longer agents, for those who haven’t been keeping track) have hit what creator Chris Carter calls “a bump in the road” in their relationship. But that doesn’t stop the underlying chemistry that Gillian Anderson and David Duchovny have with each other. The two slip back into their characters, older, wiser and in ways, more jaded than their 30-something previous incarnations.

Mulder shows his sense of humor, but it’s darker, more biting than the young Mulder’s quick-witted jibes. Scully returns with her sense of skepticism, but it too has grown darker, her attitude toward Mulder more concerned than ever. Assistant Director Walter Skinner is still gruff, but protective of Mulder, still trying to facilitate his former subordinate’s quest for the truth.

The episode opens (maybe spoiler-y?) with a voiced-over montage of Mulder explaining the history of The X-Files (the mythology, anyway…though monsters of the week make an appearance in the files being dumped on a table). Panel moderator, uber-X-Files fan Kumail Nanjiani, points out that it might be a good thing for “noobs” to the series.

We won’t spoil anything from the episode, but it is an X-Files mythology episode, through and through. Carter continues to reflect Americans’ view of society, government and Kafka-esque fears of the unknown in the beginning of what looks to be one of the best encores ever.

A final shouted question was answered by Carter with simply: “The Lone Gunmen are back.”

The truth is out there, folks. And it arrives January 24th on FOX. 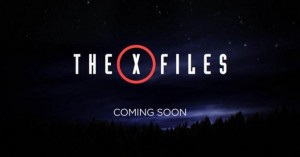