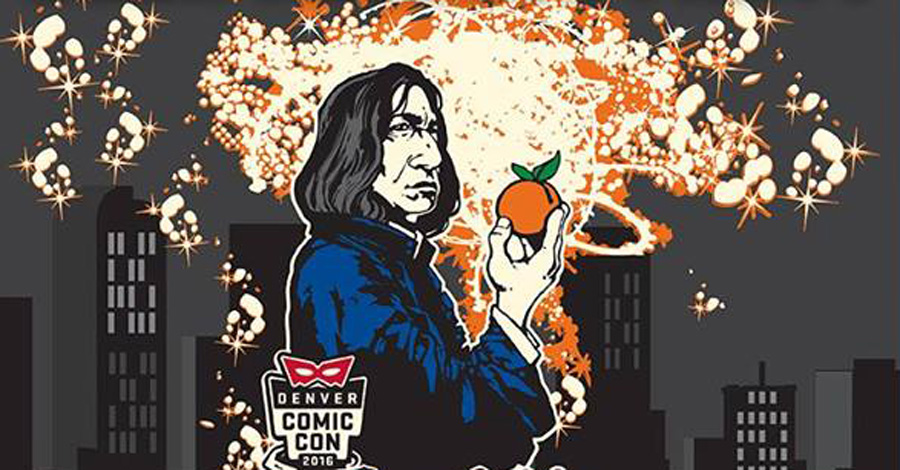 If something ain’t broke, don’t fix it. For the fifth year in a row, Breckenridge Brewery team up with Denver Comic Con. This year they’ll be busting out the Alan Rickman-tribute brew “Snape-ricot,” named by contest winners Noah Eisenman and Greg Nuccio. The beer is “bitter and cold, yet the fruit magically transforms…into something not sweet, but certainly a little softer than one would’ve imagined,” according to Breckenridge’s Ryan Workman. Sounds like the beloved “Harry Potter” sometimes-antagonist-sometimes-ally to us, and a great tribute to a screen legend. 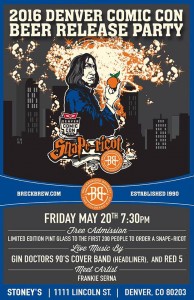 The brewery held a release party at Stoney’s Bar and Grill where a lucky 200 got pint glasses emblazoned with the brew’s artwork. If you’re like us and couldn’t get over there, never fear! The glasses will be available during the Con itself.

Bars around the convention center will also hold giveaway promotions, so snapping one (or four) up shouldn’t be a problem. Just be sure to bring some bubble wrap! We know we’ll be grabbing a pint of this Denver delight as soon as we arrive, so forgive us if some of the photos are a bit blurry, and you find more typos than normal. But hey, live it up and raise a pint in memory of the man with the best accent in Hollywood! 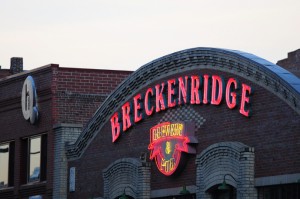 Were your one of the lucky few at the release party in Denver? Let us know! Tell us what you thought of the Snape-ricot, how the party was and if you’re going to Denver Comic Con!