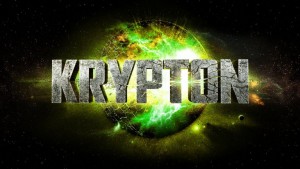 The long rumored Superman-prequel’s pilot was formally ordered by the cable network, but there’s no word yet on when it will premiere, or if anyone is cast yet.

David Goyer, veteran of Christopher Nolan’s Dark Knight trilogy and Zack Snyder’s more recent DCEU entries, will serve as executive producer. He and Ian Goldberg, of ABC’s Once Upon a Time, will write the script launching us in to the Man of Steel’s homeworld.

What we know so far: the story will center around Kal-El’s grandfather, two generations before the destruction of Krypton. The House of El is treated as a pariah, and must regain it’s honor. We have yet to find out if Supes’ grandpa will be named Jor-El I, like in the comics, since so many associate the name with Jor-El II, birth father to the Man of Tomorrow.

Also yet to be seen is if the show will have any connection to the Greg Berlanti-helmed Supergirl, still in limbo at CBS, as it awaits word on renewal or cancellation (or move to CW). While it would be very unlikely to cast any of the same actors seen in the Krypton scenes of the Supergirl, as they would be children at best, characters like parents Zor-El and Alura or aunt and uncle Astra and Non could easily be referenced or included in the storyline.

Let us know what you think of the prequel so far? Does Krypton sound like a hit, or is SyFy heading to Caprica again?